On the field, cricket week 2016 started on “the Friday before”, the 1st July 2016, in the evening with an Old Oaks game against Knockers to commemorate the 10th anniversary of the passing of loyal club member Steve Trounce 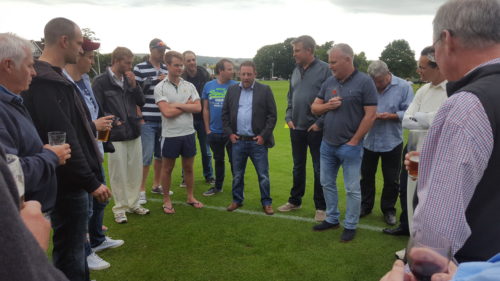 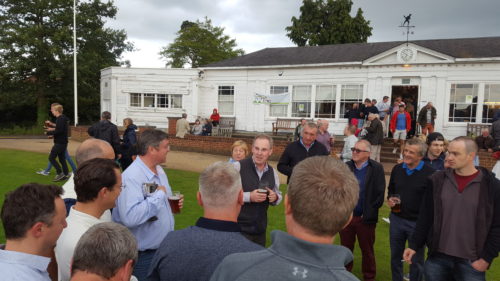 We were delighted that Steve’s brother, James seen here saying a few words, could join us along with their sister. 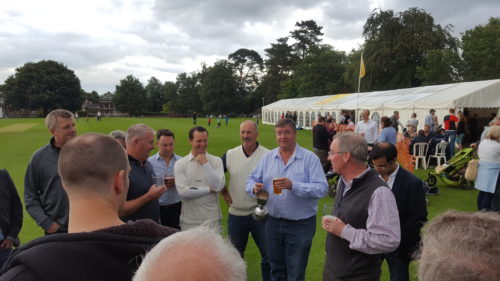 It’s lucky that the beer festival “Beer on the Vine” and barbecue with Sevenoaks Lions, part of The Sevenoaks Summer Festival, was on!

Friday, Saturday’s league game and Sunday were a bit of a wash out this year, but the rest of the week was fine, making a welcome change from a wet June.

Tuesday saw “past players day” which is increasing in popularity year on year. This year the excellent food was provided by club sponsors: – 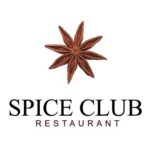 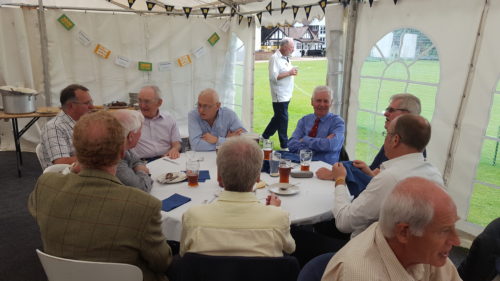 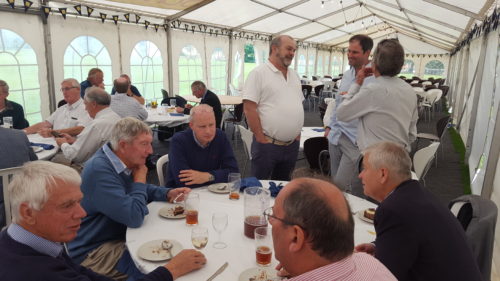 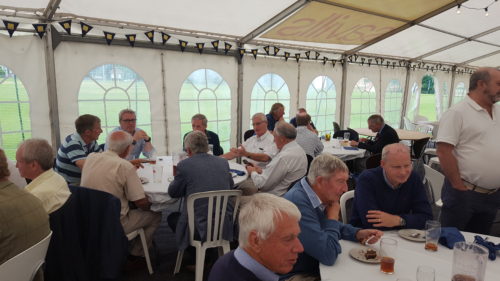 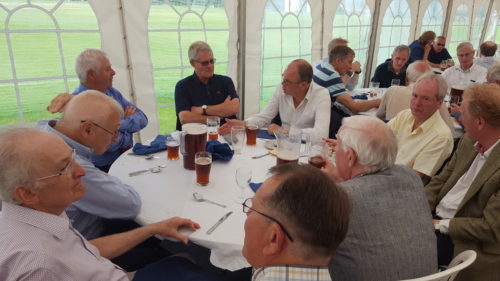 Wednesday was Savills Day, our principal club sponsors, and the weather was fantastic. Savills brought 180 guests for some excellent food prepared by local caterer Hentietta Donovan. 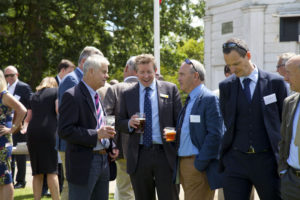 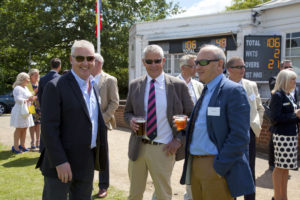 There was a game of cricket too, against the MCC which The Vine won. 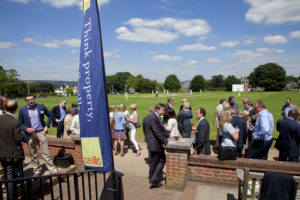 Thursday was the now regular six-a-side competition between a Club XI and five local invitation sides with food provided by Wagamama, won this year by Old Tonbridgians.

The Academies of SVCC and Holmesdale CC played for the Polhill Garden Centre Trophy in the evening with a good win for The Vine whilst Rix and Kay will be entertained their guests in the marquee.

Friday was Legends’ day whilst Old Oaks played Royal Brussels CC  and we hosted 180 sponsors and guests. This year Adam Hollioake was the guest speaker and joined in the fun after lunch. Here he is with “our old bat”

Lunch was rack of lamb and Eton mess followed by “grazing” cheese and biscuits – all accompanied by some English and Australian wines and, again cooked by Henrietta Donovan and her team.