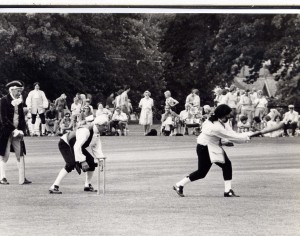 This section will tell you more about SVCC and our rich heritage.

What follows is a history of cricket on Sevenoaks Vine and of Sevenoaks Vine CC, which are somewhat intertwined, and acknowledgement of people who have made considerable contributions to the evolution of this story over time. We acknowledge our

Here is a timeline of our heritage:-