The 1st XI superb run of form came to an end on Saturday, as they were overcame by Lordswood in a high scoring affair.

Lordswood won the toss and elected to bowl first on a green, and wet wicket in a reduced overs game caused by heavy overnight rain. The Vine openers of Ben Price and Harry Houillon batted cautiously on a difficult wicket, with Price falling LBW to Taylor Chandler for 11. Houillon battled well, but would eventually be bowled for 11 with the score 59-2. Adam Rouse and Luke Schlemmer, as they have done on many occasions this season, relished their opportunity to bat with each other with both batsman playing fluently. Rouse in particular looked extremely comfortable against the Lordswood spin attack, until he was bowled for a promising 35. The Vine were now 91-3, and Schlemmer along with new batsman Miles Richardson took the Vine up past 200, with both batsmen reaching their half centuries. Richardson was caught for a well made 71 from 72 balls, bringing the end to a partnership worth 147. Schlemmer along with a quick flurry of runs from Chris Vernon ensured the Vine reached a total of 253-5 from their 45 overs, with Schlemmer finishing 97 not out, despite some disagreement from the scorers as one suggested he had finished 100 not out.

Nevertheless, the Vine were highly confident that their total was more than enough to defend. Lordswood’s openers Ed Taylor and Linden Lockhart however had other ideas, and took a liking to both Schlemmer’s left arm spin and the seam of Tom Parsons. The pair put on 94 for the first wicket, before Karl Pearson struck to remove Lockhart for 36. Pearson would also pick up the wicket of Michael French for 3. Meanwhile, Ed Taylor continued his destructive innings, and continued to play some powerful shots, before succumbing to Andy Reid Dick for 71. Reid Dick would then pick up the wicket of Jack Laraman for 0 shortly after, and with the score 126-4, the Vine were well in the game. Enter Lordswood talisman Chris Piesley who took away the game from the Vine, hitting 87 not out from just 67 deliveries. With some handy contributions from the lower middle order, despite Adam Rouse taking two wickets, Lordswood successfully chased the Vine’s total with three overs left. The Vine had their chances in the game, and rued dropping both Taylor and Piesley early on.

The Vine still sit in third place behind Beckenham and Bexley, and now face Blackheath at home. If they can get back to winning ways, and a few results are in favour of the 1st XI, who knows where they might finish at the end of the season.

The 2nd XI succumbed to Lordswood over the weekend, once again in a reduced overs game caused by heavy overnight rain.

Playing 25 overs a side, Lordswood won the toss and elected to bowl first on a bowler friendly wicket. Openers Omar Ginai and Nathan Mitchell bowled consistently first up, and the Vine had to remain patient. Greg Adams played some of his trademark drives, before being bowled by Mitchell for 19 to a ball that nipped back in with the slope. Vikas Kokkiligada toughed out a difficult period for the Vine batsman, and was joined by Cyrus White. White played with intent, looking to punish the bad ball and rotate the struck often, mixed in with some innovative scoops and reverse sweeps. Kokkiligada at the other end battled well for his 24, before being stumped trying to up the run rate. Henry Procter joined White and the pair continued to look to accelerate with some quick running and powerful strokeplay. However, White would fall controversially for 42, trapped LBW off the bowling of Mirza Baig (3-18) despite the ball seemingly hitting his glove. Henry Procter would continue his good run of form with a quick fire 44, eventually hauling out to long on. With thanks to some small contributions from the lower middle order, the Vine finished 156-6 from their 25 overs, believing the total was defendable but 20 runs short of what they had hoped for.

The Vine defence started off well, with John Bowden bowling a maiden in the first over, and James Carslaw bowling Arshad Hussain for 5. However, from this point the Lordswood batsman dominated the bowling as Fahad Mahmood and Eman Shaikh (66*) pounced on any loose deliveries. This was backed up by some clever and quick running between the wickets. Matt Dalton (2-32) would eventually pick up the wicket of Mahmood for 46, quickly followed by the wicket of Naeem Amin, but the damage had been done early on. Inconsistent bowling and poor fielding condemned the Vine to their second defeat of the season, with Lordswood completing the chase with five balls remaining.

It still remains tight at the top of the Kent Premier 2nd XI, with the Vine four points behind leaders Bexley, and five points ahead of third place Sandwich. Hoping to right a few wrongs this week, the 2nd XI travel to ninth place Blackheath.

The Vine took on Sandwich Town in the Semi Final of the Kent T20 Cup on Sunday afternoon at the County Ground in Beckenham. Reaching their first ever finals day, the Vine entered the day hopeful of reaching the final, on what has so far proved to be a very successful and promising campaign.

Winning the toss and batting first on a good pitch, the Vine started off poorly losing Ben Price in the first over. Chris Vernon and Luke Schlemmer steadied the ship, before Vernon fell for a promising 22, caught at cover off the bowling of Alex Smith. Schlemmer and Mike Barber look to continue on from the good platform made; the highlight of their partnership coming from Luke Schlemmer smashing the ball into the pavilion for 6 off a free hit. With the score 90 from 13 overs, the pair looked to accelerate. This would be Schlemmer’s downfall as he missed a ball by Ben Smith to be bowled for 42. Barber would follow soon after being run out for 23. From there, the Vine struggled to make use of their decent platform as excellent fielding and planned bowling meant the Vine limped to 133-8 from their 20 overs.

Knowing the Vine’s total was below par at a batsman friendly County Ground, it was essential that the bowlers started well. Instead it would be the Sandwich batsman that took the upper hand, and ultimately the game away from the Vine. Openers Zack Fagg and Tom Chapman took the game away from the Vine during the powerplay, as they found the boundary with ease. The introduction of Andy Reid Dick into the attack produced some chances, and would take the wicket of Chapman for 40 with the score on 91. Fagg would continue his fluent strokeplay on way to 62 from 37 deliveries, including ten fours and a six, before Joe Banks took his wicket with only four runs needed. The Vine were outclassed by Sandwich who won by 8 wickets, with plenty of overs remaining. Sandwich would go on to be crowned Kent T20 champions later in the day. 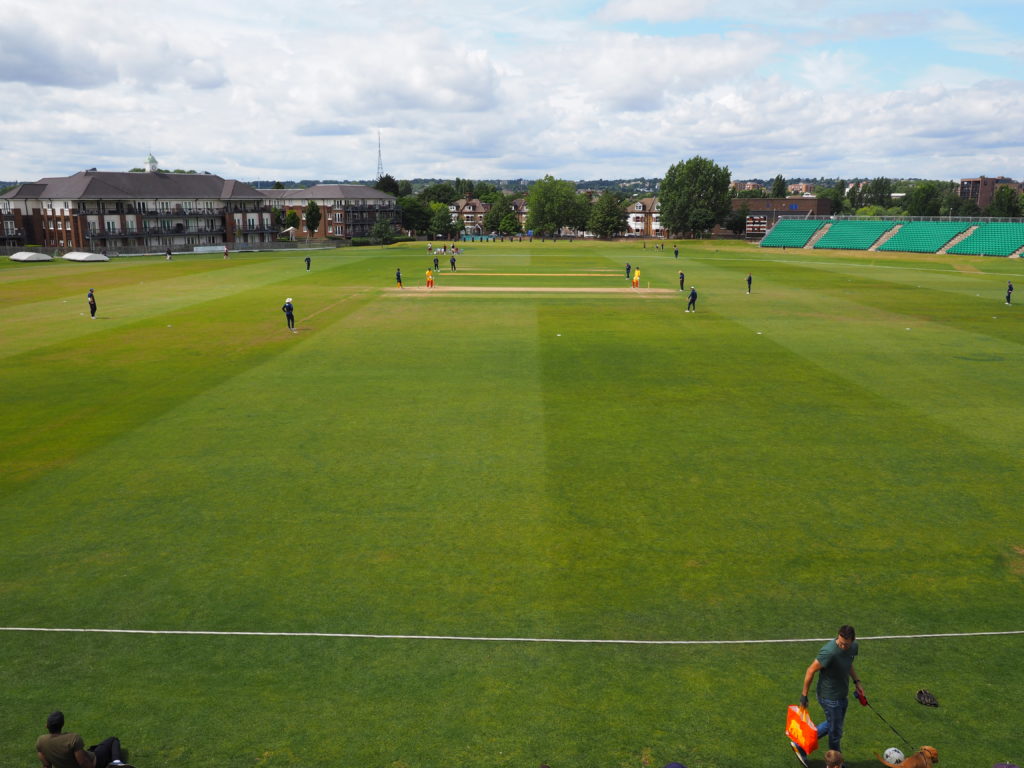 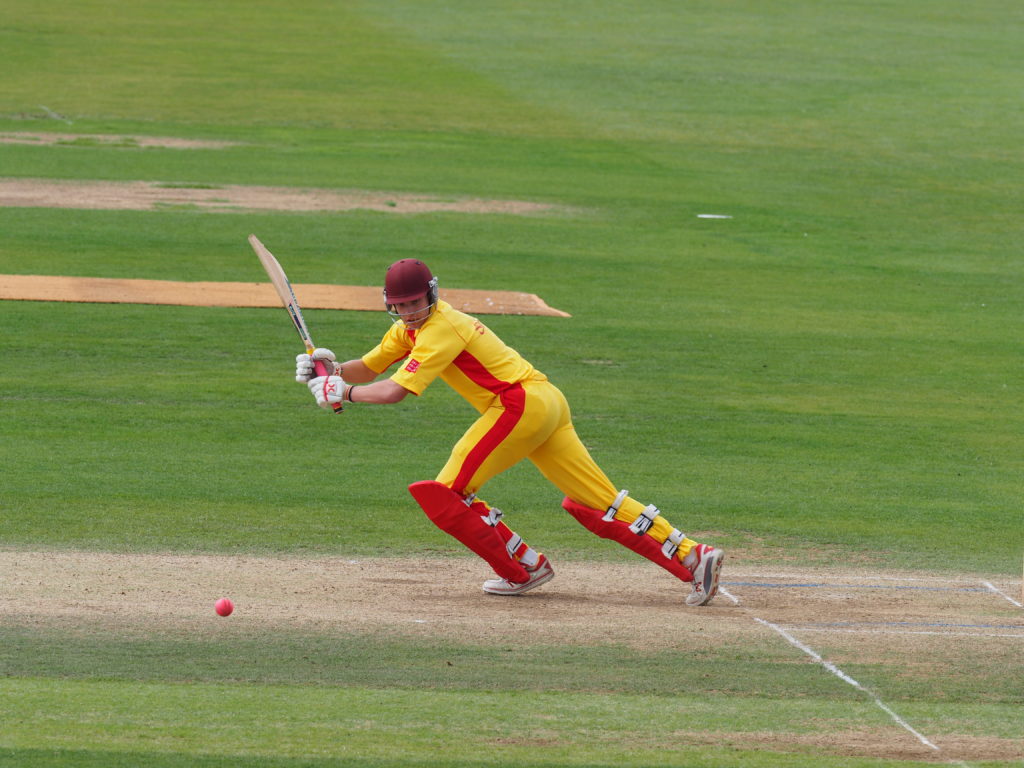