The 3s had a great season, 13 wins and only 1 defeat, but due to a combination of abandoned and conceded matches the league championship wasn’t decided until the final, winner takes all, match against Nurstead. Bowling Nurstead out for 138 put the Vine in prime position. However wickets fell all too regularly and Iain Smith went out to join Sam Cox with the score on 100-8 and Nurstead starting to celebrate their “inevitable” victory. Iain blocked defiantly whilst Sam took every opportunity to score and over the course of 13 rather tense overs saw the Vine home to victory. Sam finished on 75*, a remarkable innings particularly as the second highest score in the match was 18. 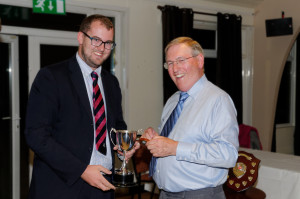