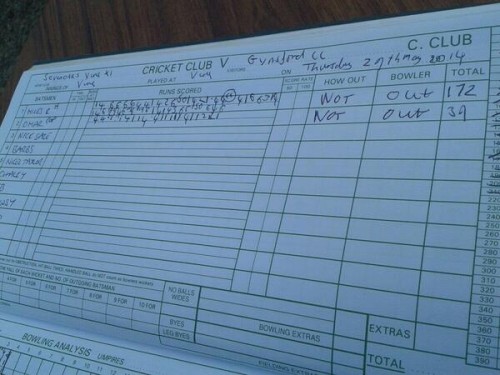 The story of the game is “The innings” from Miles Richardson, the 1st XI opening bowler; it was clean hitting at its best and proper cricket shots of astonishing timing, rather than power.

Miles didn’t get a look in with the ball though as Eynsford ended up 82 – 8 leaving the Vine winners by 90 runs.

That’s cricket for you, and another part of history in the making on the Vine.