Sevenoaks Vine 1st XI welcomed Bickley Park to The Vine on Saturday In their league opener, and the first time they have played at the ground since 2019.

The start was delayed due to heavy morning rain, and the visiting side would elect to field first after winning the toss. Usual openers Chris Vernon and Ben Price made a decent start putting on 33 for the first wicket before Vernon chipped to mid off for 20. Club talisman John Bowden strode to the crease and looked to score quickly, playing spin particularly well, making use of the conventional, slog and reverse sweeps. Price would be next to depart after a battling 21 and Luke Schlemmer would soon follow shortly after. Brief cameos from Mike Barber and Mike Cowdrey alongside Bowden, who scored a fluent 51 from 57 balls would take the Vine to a decent position to hit quick runs in the final few overs. Enter Miles Richardson who would bludgeon 31 from 17 balls, including 4 fours and a six into the trews. The Vine would finish on a respectable 180-6 from their 35 overs, with Bickley Park’s Elliot Hooper the star bowler with figures of 3-28.

The Vine’s defence would start in excellent fashion with Miles Richardson removing Alex Fullarton and Alex Darroch in successive balls, the latter thanks to an outstanding one handed catch by keeper Ben Price, diving to his left. A wicket for Luke Schlemmer and two for Tom Coldman (2-39) would hinder the Bickley Park chase as the visitors fell to 83-6. Elliot Hooper and newcomer Jason Benn offered stubborn resistance, with the former building an innings that focused on hitting boundaries against the Vine spin attack. The pair put on 45 for the seventh wicket before Benn fell victim to Luke Schlemmer(2-28) for 22. Hooper was now the main man and continued to strike the ball effortlessly to the boundary. The left handed batsman got the visitors within touching distance of a seemingly impossible win, needing just 7 from the last over. Hooper (78) needed to find a boundary. Instead, he would only find John Bowden on the third man boundary off the bowling of Miles Richardson who finished with figures of 3-22. The end of Hooper marked the end of the Bickley Park chase as the Vine came out winners by 3 runs.

Next up, a trip to Blackheath as the 1st XI look to continue their winning ways.

Highlights of the game can also be found on our YouTube channel! https://www.youtube.com/watch?v=ehJoeRyYToQ 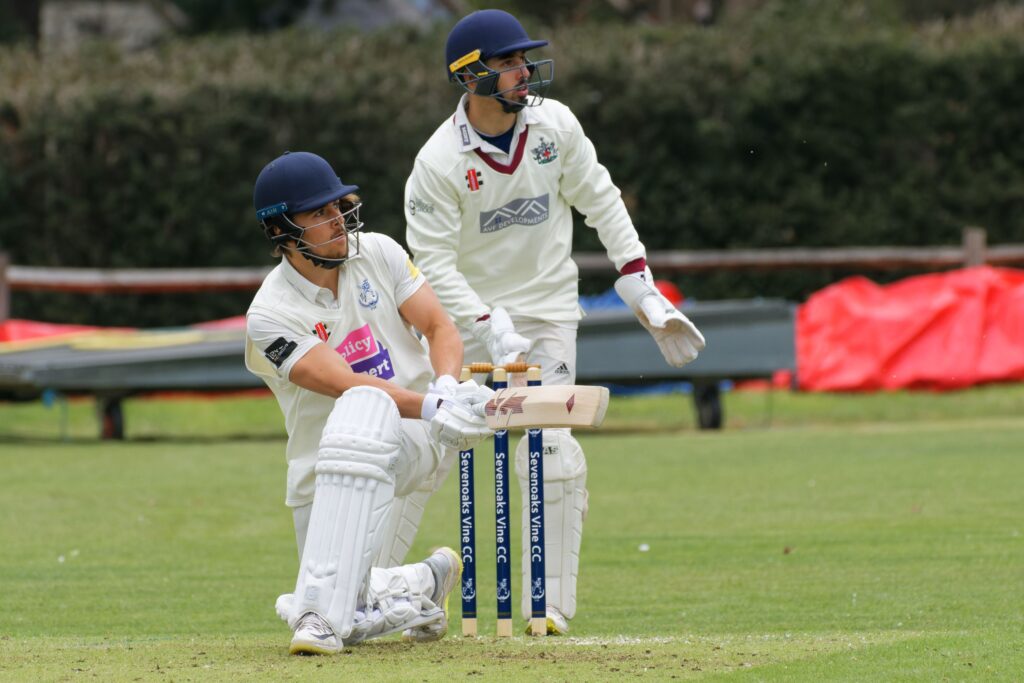 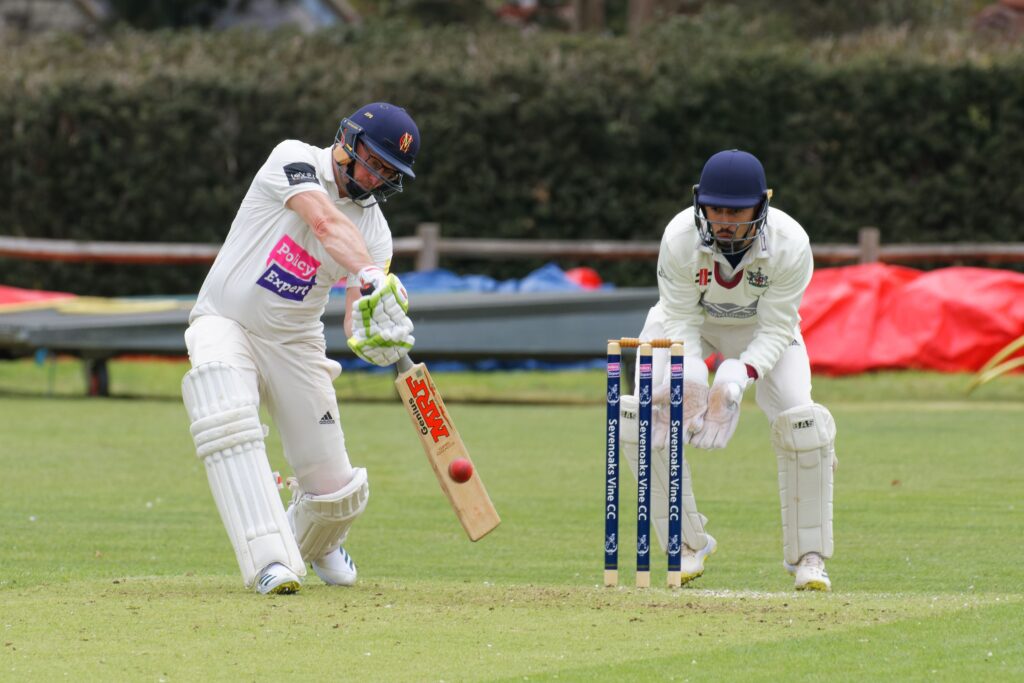