Reid-Dick’s on fire, your middle order is terrified! A weekend’s summary of all our games!

The 1st XI made way to a dry and hard Bickley Park on Saturday. Having won the toss, the Vinedecided to have a bat but lost a wicket early on as Bekker skied a short ball. This gave way to Mike Barber who came in and played a very well crafted innings of 73. Supported by opener Karl Pearson whose steady innings saw him out in the 60s, the pair provided a sound 150 run partnership taking the team on to the front foot. Having lost Barber and Pearson in short succession. Schlemmer and Cowdrey then put on a stand of 50 for the 4th wicket. Schlemmer ending on 50 not out and Cowdrey a handy 25 not out leaving the Vine at 258-4 at the end of their allotted overs.

Richardson and Pearson opened up the bowling efforts with Richardson starting the fall of wickets for Bickley with a wicket in his second over to a diving Harry Houillon. Pearson steady as always, provided a good base which allowed for Andy Reid-Dick to come into the game. The tall left arm orthodox provided 3 key wickets, with his spinning partner Mike Thompson also grabbing himself 3 with a match changing partnership. The Vine continued to take wickets at regular intervals despite a late flourish from Bickley and ended up bowling them out in the 48th over of the game. A fine fielding and keeping display in the heat secured back to back wins for the Vine as they host league leaders Blackheath next weekend.

On a sweltering day, the Vine hosted high flyers Hartley as the hosts looked to make amends for a thrashing on the first day of the season. P Robinson elected to bat first on a hard wicket, however this decision did not bare fruit within the first couple of overs the Vine had lost Adams, J White and Quinney at 23-3. A mixture of young Procter (30) and experienced Peters (39) looked to combat the Hartley attack and change the momentum in the Vine’s favour. This period of play by the two which included some brilliant shots brought the Vine to 80-3 at first drinks. However, once again the Hartley attack came back removing the settled Peters and Procter in quick succession with the rest of the batting order par Easton (28) making the other notable contribution with the Vine reaching 136 all out on a disappointing display with the bat.

With the tea break including the start of a notable football fixture this weekend, the Vine must’ve hoped the Hartley batsman’s minds were elsewhere. Christie and H Robinson beginned to settle in as the powerplay progressed with Christie picking up an important wicket at the end of his 5 overs. In such hot conditions, the Vine looked to change bowlers as much as possible which led to the second wicket with P Robinson snicking off the Hartley batsmen in his first over. H Robinson then also joined in with a wicket of his own leaving the game evenly poised at 54-3 at first drinks. However, albeit what started off as a nervous partnership for the 4th wicket turned out to be a match winning one as the Vine bowlers could not find another way through with Hartley finishing 137-3. This leaves the Vine in a cautious position of 8th place but a win next week against local rivals Holmesdale could see the Vine rise to 6th once more.

The Development Team travelled away to Linden Park last weekend, full of confidence from their nail baiting win over Bexley in the previous week. After winning the toss, Robinson elected to bat first again on a scorching hot day with a wicket looking worn and likely to deteriorate. The innings began slowly as the Linden Park openers bowled consistently good lines and lengths, with openers Houillon and Bevan-Thomas struggling to find the middle of the bat. Without any luck in the seam attack, Linden Park turned to their youthful spin attack who excelled on a dry and dusty wicket. Tapp found the breakthrough as he lured Bevan-Thomas into an uncultured charge of the wicket and an agricultural swing across the line, to be stumped for 22. Houillon brought up yet another 50 in fine fashion, hitting some sumptuous straight drives and pull shots before being caught off Tapp for 53. White and Gavin fell soon after and at 118-4 after 28 overs, Linden Park had regained the momentum.

Proctor and S. Williams had other ideas, and what was soon to follow was an excellent example of how important having wickets in hand is towards the latter end of the innings. The temperature had certainly begun to take its toll on the Park bowlers as they lacked their early consistency; both batsman cashed in dispatching the ball all over the place. The Vine raced to 185-5 with some lusty blows before Williams fell for 29 to Tapp (4-28). Carslaw joined Proctor, and continued on from where Williams left off, smashing 30 off 14 deliveries including two big sixes. Proctor at the other hand continued his fine run of form finishing on 76 not out to lead the Vine to a healthy total of 237-5 off their 40 overs.

Full of confidence from his batting performance, Carslaw opened the bowling with young Gavin, who like the Linden Park bowlers, bowled consistently good lines and lengths, looking to challenge the batsmen with every ball. It would be Carslaw who would make the early breakthrough, taking the important wicket of captain MacGregor for 13 from a superb low catch at extra cover from C. White. C. White would take another catch the following over with Gavin finding the outside of Corner for 1. After a small period of rebuilding, Gavin would make another breakthrough trapping Bone LBW leaving Linden Park struggling at 53-3 off the first ten overs.

Robinson would bring on the spinners of Reid-Dick and C. Williams early, with the wicket slowing and becoming more spin friendly. And it soon showed, as young Corner chipped to Carslaw at midwicket off the bowling of Williams. Reid-Dick would strike a few overs later bowling Champion through the gate before Williams too bowled out Price. In his next over, young Williams would take the all important wicket of Speer who chipped to White who took yet another catch and at 101-7, the Linden Park chase had come to a halt. Australian overseas Hoare would offer some resistance before falling to Williams who finished with 4-47 off his eight overs, before C. White took his first senior wicket to bowl out Linden Park for 142 off 28.2 overs and win by 95 runs.

Another pleasing result for the Development Team against another good outfit. Subject to World Cup results, the team face Holmesdale in their first league fixture of the season hoping to continue their impressive run of form. 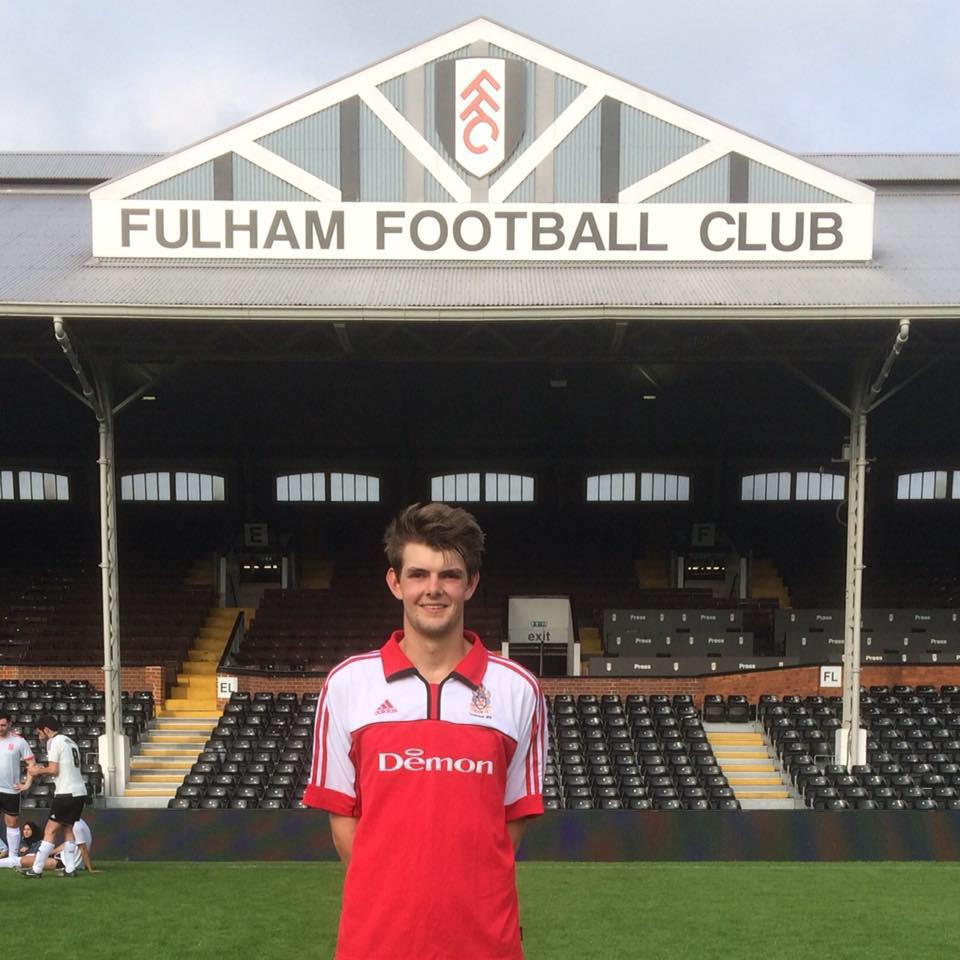