25 teams qualified for the finals day and The Vine juniors continued the Vine’s summer of success by qualifying first in their group, before winning both their matches in the second stage. The Vine Super 8s team were unbeaten in their 4 matches and deservedly won the trophy. A special mention for Oliver Pryal, who also won an award for outstanding sportsmanship. The boys batted, bowled and fielded exceptionally well and most importantly, played well as a team.

The Vine should feel very happy with their next generation of potential 1st XI cricketers. 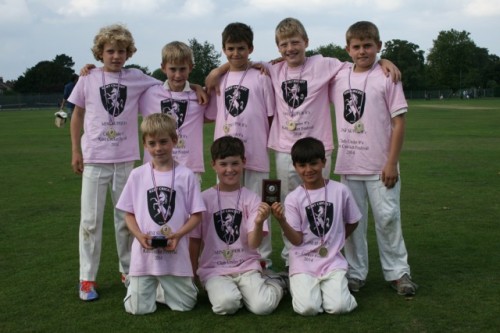 The names of the boys