Tenterden Put To The Sword By Two Strong Vine Performances

The 1st XI surged to yet another emphatic victory, this time over Tenterden. Having being put into the field, the Vine responded well, taking early wickets through the spin of Tom Coldman (3-16 off his ten overs) and seam of Bekker, leaving Tenterden 57-5. After a brief period of resistance forefronted by Mosca (61), the Vine managed to bowl Tenterden out for 115, with wickets shared between Reid-Dick (1-18), Schlemmer (2-22) and Bowden (2-14).

The Vine came out to bat full of confidence looking to knock off the total with ease. Bowden  was bowled for 8 by Singh, but it would be young Harry Houillon who would be the star of the show hitting 45 off 88 balls. Barber (15), Schlemmer (31*) as well as Durell (10*) equally contributed to knock off the score with just over seventeen overs remaining and only four wickets down.

In an all important fixture for the Vine, they welcomed Tenterden where a win would bring the visitors back into relegation contention if other results went in favour. Having won the toss and elected to bat, the Vine openers in Adams and J White began to settle in on a friendly wicket. Both of whom started to play fluently against the Tenterden seamers finding the boundary with freedom. Tenterden did not have an answer for the commanding performance of Adams (67) and J White (92) forming a first wicket partnership worth 169. Even though the Vine lost some quick wickets, the damage caused by the openers allowed all other batsmen to play with freedom, setting a total of 271-8.

In response, Tenterden openers came out playing their shots from ball one against P Robinson and Parsons until the later broke through at 43-1 off 6 overs. The introduction of Lorne Burns proved to be pivotal as Tenterden collapsed to 53-6 with Burns and Parsons taking three wickets each. H Robinson bowled with control and precision throughout his spell, deserving more than the one wicket he earned, teasing the batsmen with well disguised slower deliveries; however, P Robinson cleaned up the tail-enders with 3 wickets in quick succession leaving Tenterden 115 all out, leaving the Vine with no batting bonus points.

Next week, the Vine are travelling to bottom of the table Whitstable where a win should solidify Premier League status for another season. 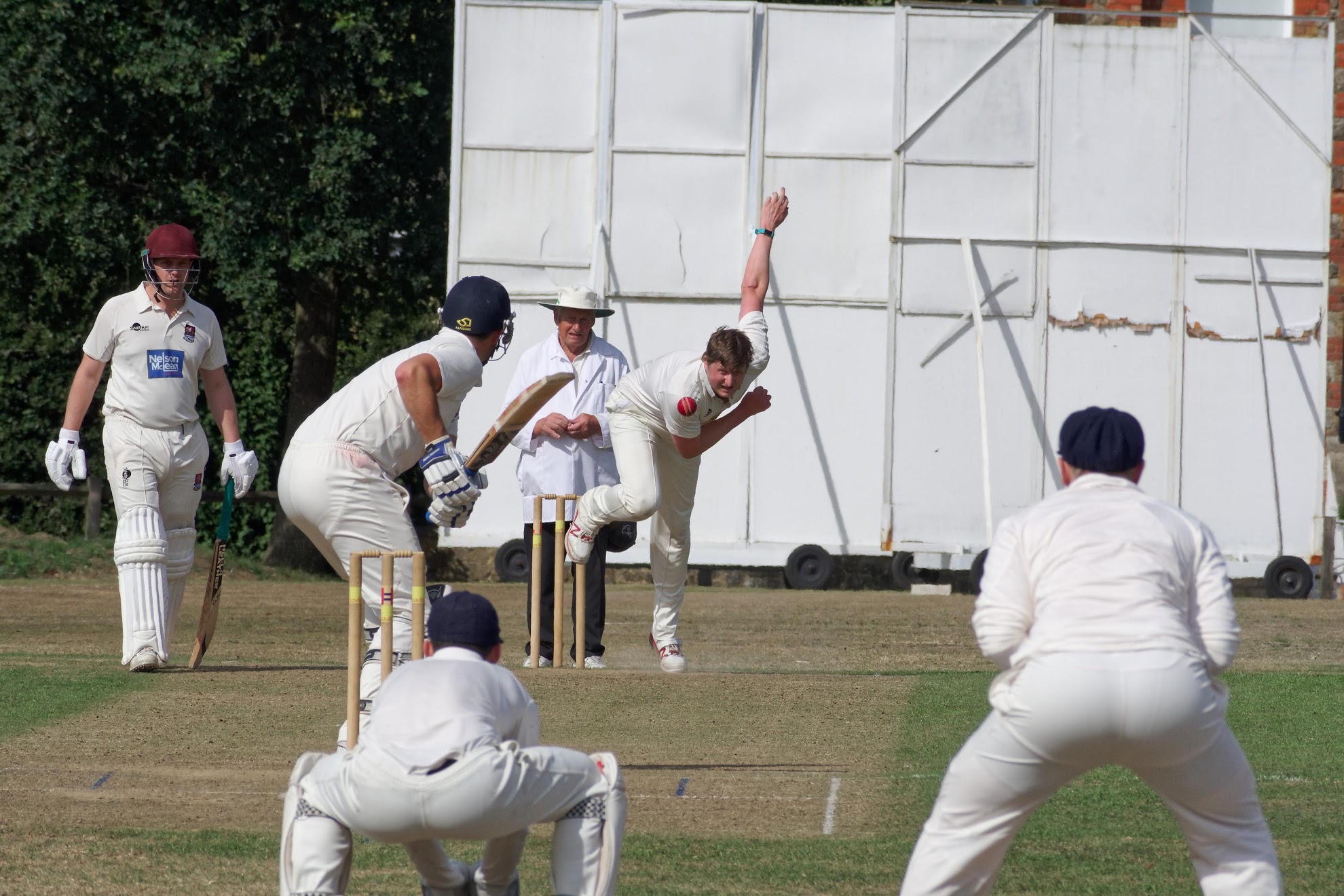