On the 8th July Sevenoaks Vine girls has their first cricket tournament. The girls travelled to Borderers cricket club in Tunbridge Wells to participate in the Kent Kwik Cricket U11 Festival. The girls drew a tough group for our first round matches. The day was extremely hot and our girls played 5 matches back to back whereas other teams all had a rest period, so we had to work extra hard. Despite this the girls played their best, worked really well as a team and performed well enough to progress through to the plate cup. The girls then played 2 further matches in the plate cup against Beckenham and Townly, both which they won comfortably meaning they walked away with the plate cup. The girls were a credit to the Vine and showcased their cricketing skills brilliantly with some great shots being played and fantastic wickets being taken. This result was a great achievement for the Vine girls for their first season together, and as their coach it was wonderful to see how much they have progressed and also how much they are enjoying their cricket. Hopefully this is the start of great things for Sevenoaks Vine girls/ women’s cricket. 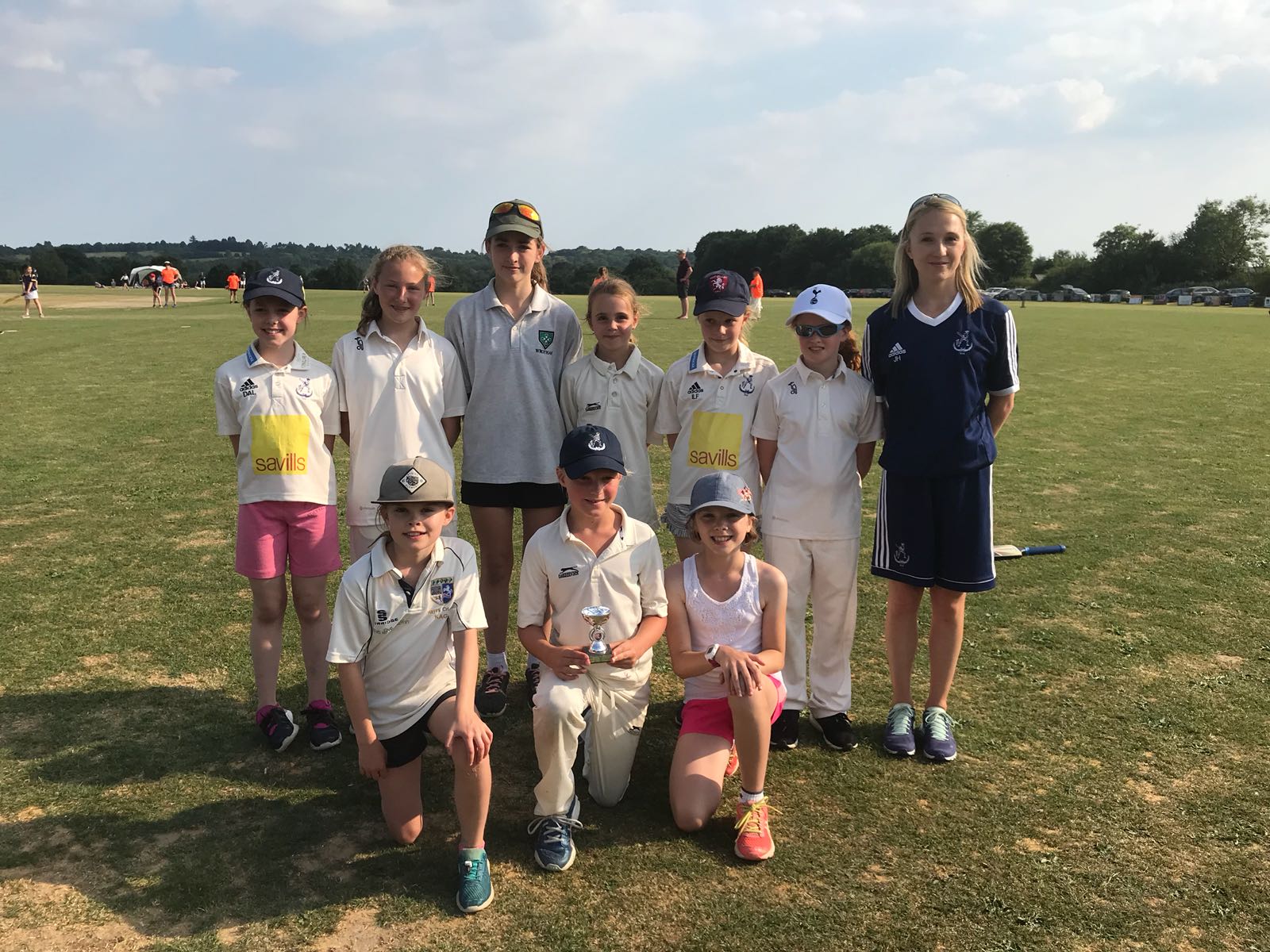