On 7th, 8th and 9th July, Sevenoaks Vine Club (SVC), in partnership with our charitable partner Sevenoaks Lions Club present VineFest. The event is a progression of Beer On The Vine which Lions have organised successfully as a charitable fundraiser with SVC for the past few years.

Beer On The Vine has always been a popular event for the Sevenoaks community, and the idea of VineFest is to broaden the event’s appeal even further. As always, there will be cricket played on The Vine over the weekend, and the usual fantastic selection of local beers and ciders on offer. In addition however, Vine Gardens will also host a succession of music acts on the Friday evening and throughout Saturday, and Sunday.

Friday night will see acts play from 6pm, with tribute band The WHO Are We headlining late on. And on Saturday, Gary Barnacle with his band Sounds Ahead will top a full bill running through from midday until late. VineFest will see a number of other local music acts including young prodigy Julio JAK, who will play both Friday and Saturday, and on Sunday, the Jon Hamilton Big Band will play on the bandstand between 3-5pm. 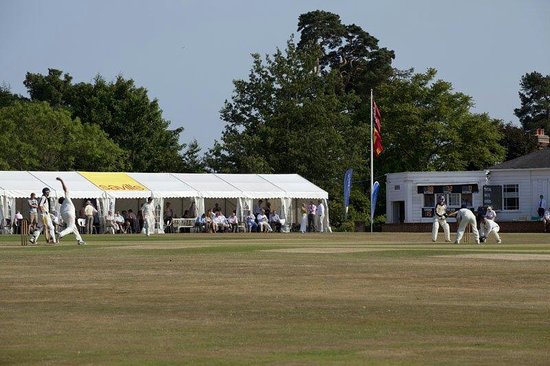