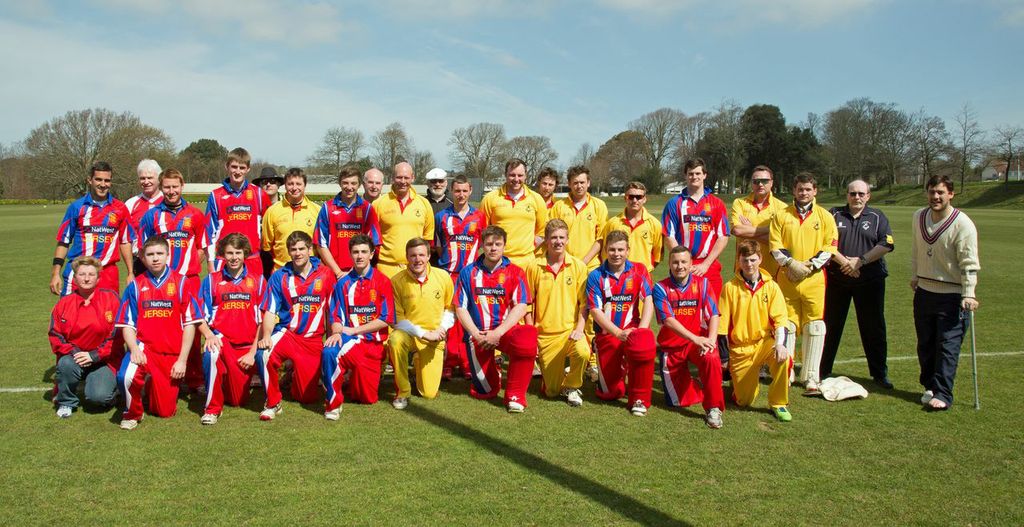 Friday 19th April 2013 saw a core of the 1st XI squad and academy players set off for a two game tour of Jersey, and let us not forget that Jersey are an ICC affiliated country who were playing rising countries like Afghanistan only two years ago!  This was going to be no cake-walk.

Thanks go to KP and Ed Gooworth for organising the event so well, and our thanks too to the Jersey Cricket Board who were magnificent hosts throughout the weekend.  Special thanks to Sara for letting KP join us on the “red eye” on Saturday, especially as she is nearly a week late for the birth of their second child, and we all hope that all goes well for Tuesday.

On pitch activity consisted of two games; Saturday saw us play a 50 over game against the Jersey National Team where we started slowly but got ourselves right back into the game, and might even have nicked it at the end!  You can read our version of events here or you can read the Jersey Cricket Board version here.

Sunday was a T/20, and as it was after a second night touring it was a bit of a subdued affair, but still saw us within sight at the end!

We even made it onto Jersey Sports news on ITV

Thus endeth a great tour, well done everybody, hopefully to be repeated in 2014.  Please make (polite) comments below or email me corrections.