Match Report: Vine U15 vs Flimwell 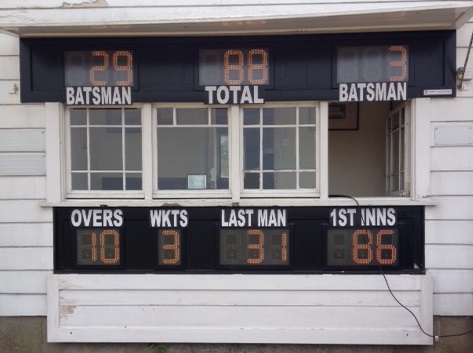 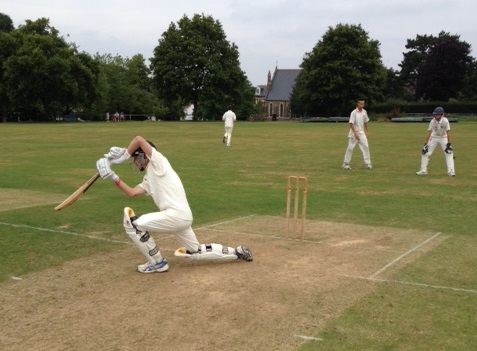 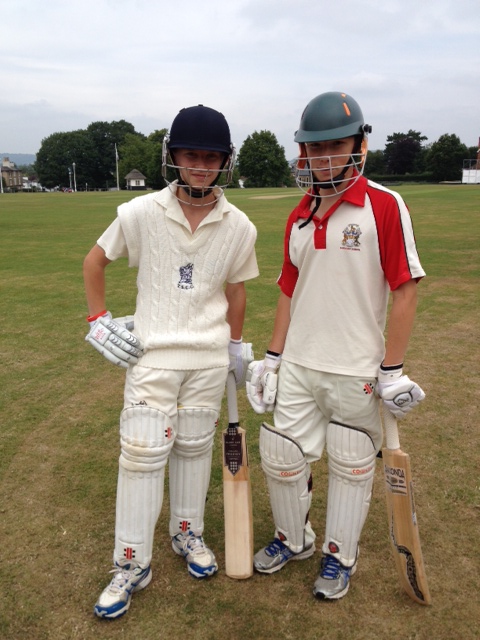 Sevenoaks Vine U15 took on Flimwell at the Vine on an overcast Sunday morning.

Vine lost the toss and Flimwell elected to bat. This was the first time that Vine would be fielding first.

Tom Pollington opened from the Northern end with a maiden, James Carslaw bowled down the hill from the pavilion at full pace. The opening pair played straight – with N Bryant just missing a slip catch moving to his left with both hands (should have only used one – he hasn’t missed one handed yet). Carslaw got an edge to the keeper and Flimwell were one down.

Carslaw kept up the attack and had his man caught off a leading edge at point by a grateful T James.

Christian Bryant took over from Pollington and sent down an unplayable out-swinging yorker to hit middle and off. His next ball was almost the same – a bit shorter and took out off-stump. Flimwell were 22-4. Bryant’s hat-trick ball went past the outside edge and beat his man all ends up – but without a result.

Tom Prout took some punishment when short but got his wicket – also to catch by James – this time at backward square-leg – having just had one hit over his head.

Prout got a second caught in the slips by N Bryant, before T James, S Marshall and C Bryant wrapped up the tail.  Best figures were C Bryant with 3.2 over 7 runs for 3 wickets.

Vine took to the field with a juggled batting order. Pollington (due to get on a plane for holiday at 3pm) opened with C Bryant and managed to run himself out on the second ball calling for a run straight to mid-on and perishing to a direct hit. It meant he could catch his flight but decimated his average. Marshall joined Bryant and played well for a quick 8 before failing to clear mid-off.