Match Report: Vine U15 vs Horsmonden 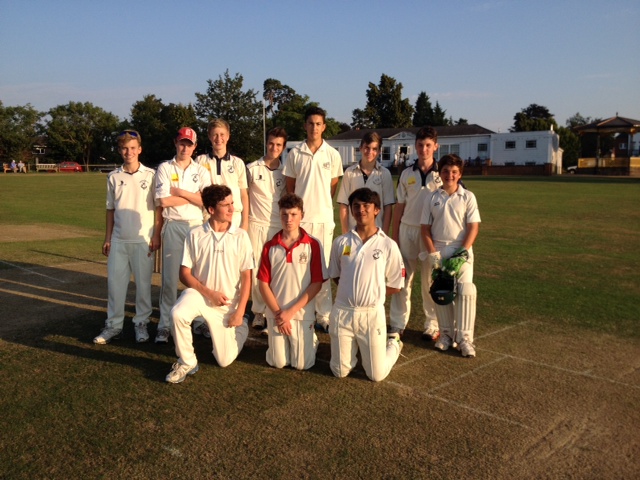 In the last game of the season (rescheduled due to rain) Vine U15 took on Horsmonden at the Vine. It was a 5.30 start to use the available light and the skies were clear and bright.

Vine won the toss and elected to bat with a mixed batting order, incorporating the top order and the lower order. Tom James and Charlie Oster opened and put on 78 runs before James was given out caught behind to a ball that may have actually brushed the arm not the bat.

Oster was joined by Tom Prout, who baseballed an easy catch to the bowler. Connor Wright joined Oster and together they took the score to 113 before Wright was caught at mid-off for 22 (season PB).

Oster retired on  50 not out and J Philips and N Bryant were able to move the score swiftly along, leaving J Carslaw and S Brown to plunder the last few overs.

With light fading and limited time, Vine pushed through their overs – bowling spin and packing the slip area. Carslaw got the first break-through with a normal ball – although his left-arm spin was fooling both batsmen and keeper.

Wickets were hard to come by and runs flowed steadily – at one point the rate was well within a getable 7.5 per over. First C Bryant got a wicket and then C Oster and T James – to peg the run-rate back and bring new batsmen to the crease.

N Bryant took 3 quick wickets and the run-rate escalated to over 10 per over.

Horsmonden scored 141/8 in their 22 overs. Vine won by 40 runs and went off to Pizza Express to celebrate a fine season. 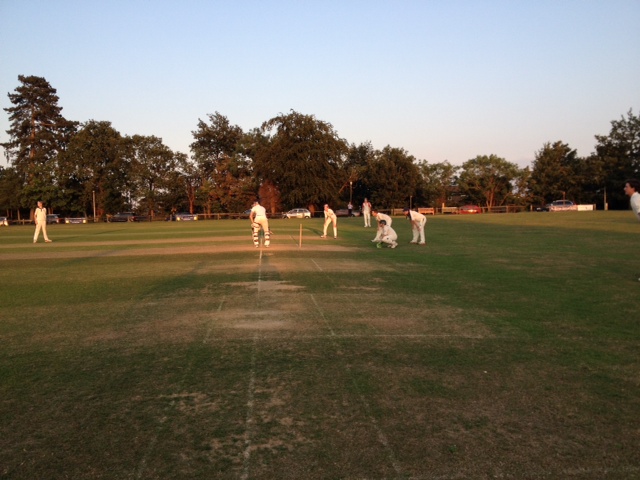 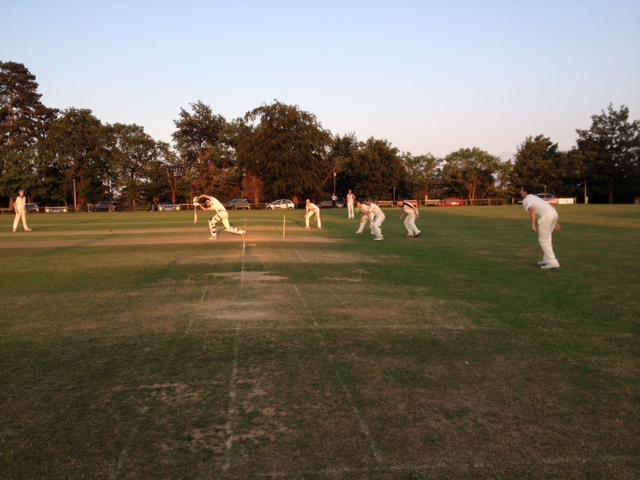 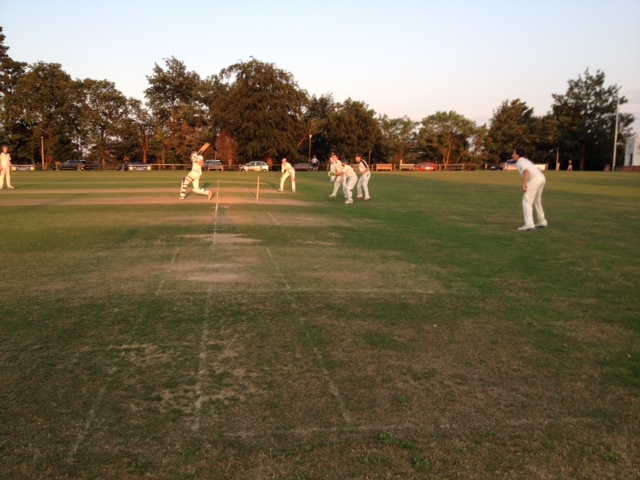